You run a business, you love it, you immerse yourself in it.  We take care of your office logistics. But wait, there’s more!

We understand your passion and know how important it is for your success.

We were a start-up once, and know that sometimes it’s hard to keep passionate when a multitude of challenges arise in your business. Our professional service designs individual solutions - tap into our wealth of experience, such as connecting like-minded people, assisting in founding companies, supporting expansion into new locations, organizing virtual offices, and much, much more.

We help you keep your passion for success .

Find out how we helped lalamove create a new delivery experience for their customers: 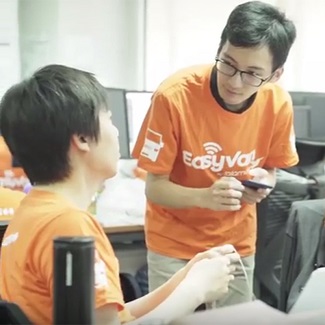 In a start-up, the name of the game is speed. Everything from registering your business to finding an office space is the time that you aren’t focused on your core business. Compass Offices allowed us to avoid all that hassle and with the best network in Hong Kong, it supported our business needs to expand effortlessly.

Moving With The Times

It took studying economics and playing Texas Hold'em for Shing Chow to realise his true calling: transforming logistics delivery. It was neither a short nor straight road that led Shing Chow from his days and nights as a professional Texas Hold’em poker player to his current life as a tech entrepreneur.

His story started in mid 2013, where he wanted to get a van to transport his belongings to a nearby storage place. After calling five different companies and hours of waiting for a van to arrive, he gave up and used three taxis instead.

It dawned on him that getting a van was more difficult than winning at Poker. That was when he realised that he wanted to prove that finding a reliable logistic delivery is not an impossible mission. So like all great entrepreneurs, Shing decided to take this challenge and present a solution.

Leaning on the discipline instilled in him from endless hours at the poker table, Shing jumped right into building lalamove (also known as EasyVan in Hong Kong) and immediately started to hire a small team of developers and customer service personnel.

Shing understood that flexibility and speed would be the ingredients for quick growth so he turned to Compass Offices to help him get started. The network of offices and business support services allowed lalamove to focus resources on its customers. In two months, lalamove was live and the rest is history.

The company has grown to a network of over 30,000 delivery drivers across 15 cities in Asia. With over 300 employees and more than 1.8 million deliveries to date lalamove continues to deliver on its promise of a better way to do delivery.

If you're just starting out with your business talk to us about how we can help you focus on what's important and make your business grow.